FIVE SEASONS is a music project of Daniel Voss which was given birth in 2007 as a solo project besides the collaboration projects with his brother Roland Voss: WEATHERTUNES, LEMONGRASS, JASMON.
Daniel is also the co-founder of the label LEMONGRASSMUSIC.

During more than 15 years Five Seasons has been releasing 8 albums and 5 EPs and has contributed tracks to numerous Chillout and Lounge compilations. Daniel was born in Northern Germany in 1977. He started playing the piano at the age of 5 and was educated in classic and jazz piano. In his teenage years he started playing keyboards, guitars and percussion instruments. He has played in a number of alternative rock bands and has gained some experience with electronic instruments from his brothers’ synthesizers at the same time.
At the age of 20 Daniel has started his first professional collaboration project “Weathertunes” with his brother Roland and soon participated in further lounge and chillout projects. Since the early 2000′s he has been releasing music under his solo pseudonym “Green Empathy” as well. The second Five Seasons album “By The Sea” features Brazilian vocalist Marisol Costa from Sao Paolo who has contributed two beautiful songs in her mother-tongue.
On the third album “Walk” Daniel welcomes vocalists Gushi from Argentina (known from the project Gushi & Raffunk) and Jane Maximova from Russia.
The music styles range from Chillout, Downtempo, Ambient and Jazzy Lounge, sometimes with Caribbean or Latin influences, to Chill House and Trap Beats. 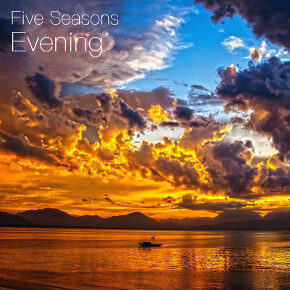 Release date: November 04, 2022 – The 6 tracks EP „Evening“ by German producer, musician and Lemongrassmusic label manager Daniel Voss (alias „Five Seasons“ and „Slow World“) is a chilled work that transports warm sunset vibes, sea view images and impressions of beautiful landscapes that shine in that special, magical light when the daylight slowly fades away and makes way for a warm summer night to come… 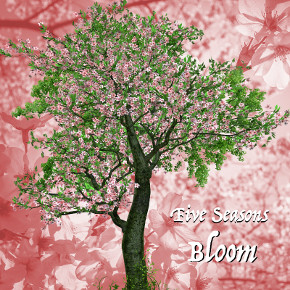 Release date: May 27, 2022 – The 10 tracks album „Bloom“ by German producer, musician and Lemongrassmusic label manager Daniel Voss (alias Five Seasons) is a warm, sunny, fragrant album full of colors and lush beauty. Ranging from Lofi to Chillout and IDM each song has a positive, sun-drenched vibe – just like a springtime landscape in bloom. Piano, acoustic guitars and decent wind instruments meet warm pads and synth arrangements. Music to charge your batteries when you feel exhausted or whenever you just wish to take a bath in nourishing, friendly sounds…. 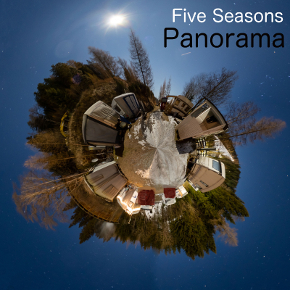 Release date: February 04, 2022 The 6 tracks EP „Panorama“ by German producer, musician and Lemongrassmusic label manager Daniel Voss, alias Five Seasons, conveys a feeling of a wide view on a vast and beautiful landscape. There are many things that can be seen and heard and the imagination adds a good portion of vivid colours and personal ideas on top. The songs range from groovy and vivid mid-tempo to slower Chillout tunes and some Latin-flavoured songs… 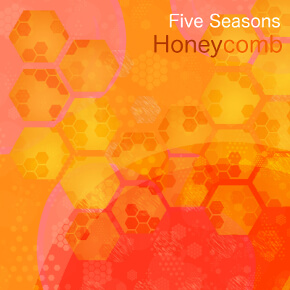 Release date: November 12, 2021 The 6 tracks mini album „Honeycomb“ by German producer, musician and Lemongrassmusic label manager Daniel Voss, alias Five Seasons, is a kind of allegory for the state of feeling connected to the source of life – blessed with a sense of basic trust. The songs range from groovy and vivid mid-tempo to slower Chillout tunes… 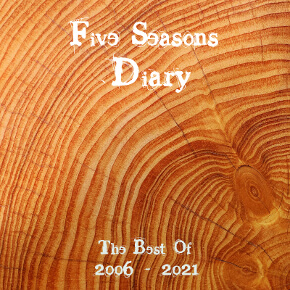 Release date: August 6th, 2021 The 23 tracks album „Diary“ by German producer, musician and Lemongrassmusic label manager Daniel Voss, alias “Five Seasons”, is a selection of the best works from the past 15 years since the first „Five Seasons“ track „In Your Town“ was given birth in 2006. 8 full length albums and 4 EPs is the outcome of these 15 years and Daniel felt that it’s time to select his favourite and the most successful tracks and release this personal music diary… 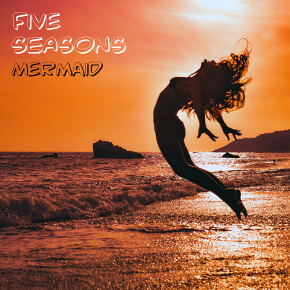 Release date: February 19th, 2021 The 6 tracks EP „Mermaid“ by German producer, musician and Lemongrassmusic label manager Daniel Voss, alias Five Seasons, is a homage to that mythologic water creature that can be found in tales and legends all around the world. While there is no evidence that mermaids exist outside folklore, reports of mermaid sightings continue to the present days. They are ambassadors between the worlds of the unknown, the subconsciousness and our visible ground level. Between the unborn and the born… 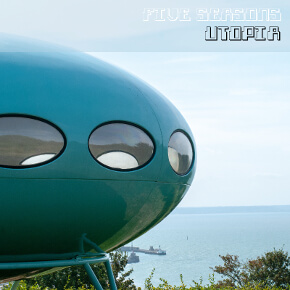 Release date: August 21st, 2020. The 6 tracks EP „Utopia“ by German producer, musician and Lemongrassmusic label manager Daniel Voss, alias Five Seasons, is an artful time travel to a time in the near future. The utopia is a vision of a better world – a perfect world – that can probably never be achieved but that can serve as a guideline for our actions in the present to create a friendlier future… 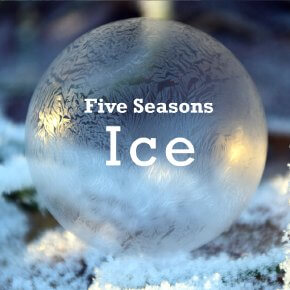 Release date: September 27th, 2019
The new album „Ice“ by German producer, musician and Lemongrassmusic label manager Daniel Voss, alias Five Seasons, takes us on a musical journey to the realms of snow and ice. The 12 tracks were inspired by the mere beauty and grandeur of this wonderful element and the music swings our imagination aloft to powerful and aesthetic inner landscapes… 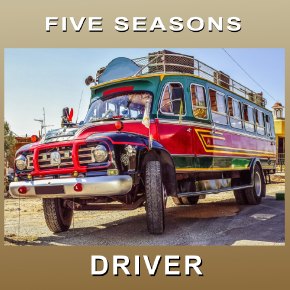 The new 5 tracks EP „Driver“ is linking to the latest albums „Holidays“ and „Travelers“, interspersed with decent influences of Afro-American culture. An interesting and joyful journey full of life-affirming and heart-warming positivity… 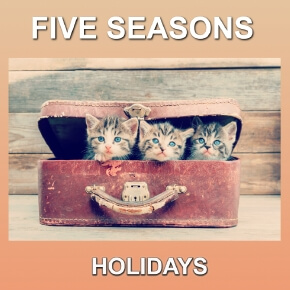 Who isn’t eagerly waiting for the most beautiful season of the year, our beloved holiday time?! To appreciate a pleasant, restful joy to the maximum, the right musical soundtrack is essential. Five Seasons has dedicated itself to help us out… 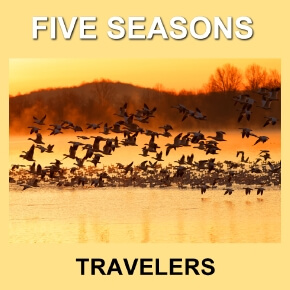 Lemongrassmusic are delighted to present the 6th longplayer album „Travelers“ of Daniel Voss’s solo project „Five Seasons“. Like its predecessors the album catches our attention with its amazingly warm vibe and stimulating range of sun-drenched Downtempo beats, organic Chillout sounds and some Reggae Dub grooves…. 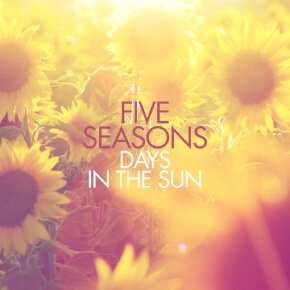 Days In The Sun

Light up your day with a sonic experience of uplifting loungy tunes, focusing on a beautiful summerish approach. The wonderful musical world of Five Seasons is back, unveiling the project’s fifth album release called “Days In The Sun”… 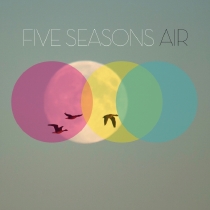 Delightful secluded songs are wrapped in layers of ethereal sounds. Each track is strongly emotive, opening spaces for imaginary journeys to dreamland. Five Seasons provides a bed of gentle rolling Ambient synths, discreetly guiding throughout the album. A subtle blend of synthesis and organic instrumentations is the key, at times transcendent and deep, at times with a mellow Downtempo rhythm to keep our feet on the ground. 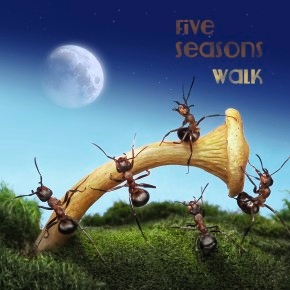 With his “Walk” Daniel Voss returns to what he is best at: a well balanced marriage of smooth and soulful Chillout grooves with meditative Ambient soundscapes. Each song is a unique piece and a fine result of tender and loving work. The beauty of places, he has visited and which are special to him, shines through the music… 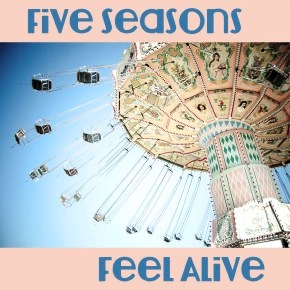 On this new 5 track EP named „Feel Alive“ Five Seasons comes up with jazzy Deep House beats, underlined by sublime pads and atmospheric and airy tunes. Like on a long gliding flight you will find yourself watching landscapes and cities from a higher point of view, inhaling purest air and enjoying vibrant life. A perfect soundtrack for taking off to your summer holidays. 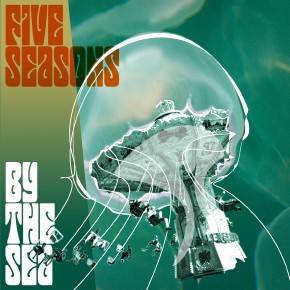 On the second album of the Five Seasons project Daniel Voss (the co-founder of the Lemongrassmusic label) takes you on a music trip to Brazil and Latin America. Sunny vibes and groovy beats make this work a wonderful summer album. Just feel the ocean and the sun that have born these melodies and harmonies – and get the scent of the warm grounds and the tropic plants that sway in the wind and gently merge into the blue of a cloudless sky. 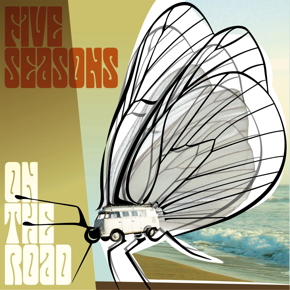 Feed „On The Road“ to your sound system, and you are instantly taken on an adventurous journey through strangely appealing sounds, visions and settings. Rural grounds and city lights, hippie life and road movies are seamlessly intertwined and many stories told. Love stories included. Tune in, listen and allow yourself to be curious. Then you will soon find yourself dancing and celebrating, pondering and nodding along… 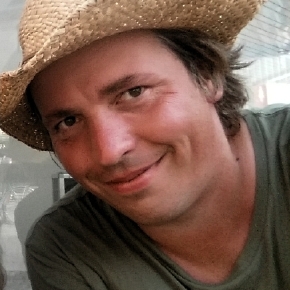