MoShang is the Chinese moniker of Jean Marais, who began as a choral singer in the early 1980s in Cape Town, South Africa ñ at which time he acquired his first computer, a Commodore VIC-20. It would take some time, however, for his love of music and computers to find its ideal expression.

Marais first earned acclaim as lead singer/frontman of the South African art-rock band Duusman and as saxophonist for the group Tsunami; he also served as producer on three award-winning albums honoring poet Breyten Breytenbach and formed half of the Afrikaans pop duo 12Hz. He garnered South Africaís prestigious Avanti Award for his score to the short film ìAngels in a Cage.î His music has since been featured on the HDTV Discovery Channel production ìFantastic Festivals Of The World.î

Marais relocated to the Taiwanese city of Taichung in 2003; his first release as MoShang, “Made in Taiwan”, was released on his Onse Plate (Afrikaans for ìOur Recordsî) imprint in 2004. His second, “Chill Dynasty”, followed in 2006. In 2007 he released “Asian Variations” under a Creative Commons Music Sharing License, making the complete 14 track remix album available for free download online.

I have always been fascinated by Asia, and Taiwan, with its vast Chinese musical heritage, seemed the perfect place for me,î he says. ìIíve fallen in love with Taiwan and its people; this country has truly reinvigorated my creative process. I am as excited about the musical possibilities now as the day I arrived.î

“Further East” provides abundant evidence that the South African expatriate sound jeweler MoShang is now completely at home both in Asia and in his distinct sound, by turn hypnotic and dreamy, whimsical with a touch of melancholy, playful and uplifting, and always harmonious… 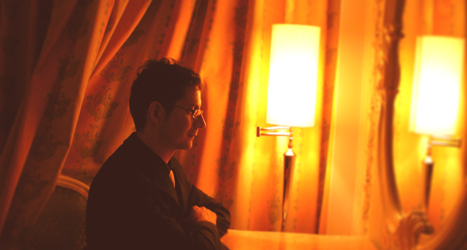