A musician for most of his life, Mark has spent the last eight years recording music in a multitude of genres, most often combining them in a single release. With “Clever Notes On A Page”, Techno, Lounge and 80’s style melodies get the “genre smashing” treatment.

His love of noises and emotive melodies, made it natural to get into sound designing, which Mark states, “is where my passion really lies, creating sounds. I could sit at home and do it all day”. This lead Mark to design sounds for the Roland/BOSS Corporation, (Mark’s BOSS Tone Central page is at www.bosstonecentral.com for his artist presets for the BOSS GP-10 guitar/synth processor), which put his name next to some of the biggest in the business.

Mark has stated, “Little Robot Hands is just the beginning for me, and my curious affection for progressive electronic dance music. I look forward to exploring it further, and seeing what other genres I can “smash” into it. Music should always be challenging and cool.” 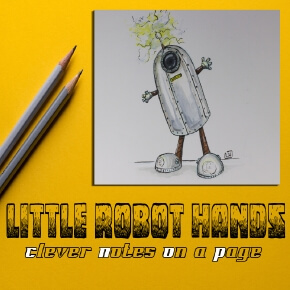 Clever Notes On A Page

Clever Notes On A Page is another “genre smashing” adventure for Mark Hjorthoy. Mixing Techno, Lounge, and Acid, with 80′s style pop melodies thrown in sometimes, this uplifting ride will bring back cool memories, while creating new ones. 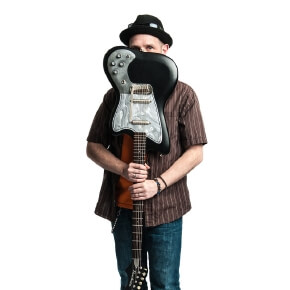