“Born even before any thought, MUSIC has filled our atmosphere.” G&R

In 2005, GUSHI & RAFFUNK started their own project producing revisited versions for Amnesia Ibiza Chillout Sessions. They found the chemistry to compose original tracks which eventually would become their first album.
All this creativity can be tasted in their fresh and intimate LIVE performances.

Bespoke Music Services
G&R Music Production is a bespoke music company which provides original tailor-made soundtracks. The accurate compositions are specially designed for the client. Experience and proficiency make their works a unique piece of music.

Their latest productions record the releases of “EYES”, “TRAVEL EP” and “Sound Of You – The Remixes EP”, all works having been released by the German Label Lemongrassmusic.

GUSHI – a.k.a. Mary F (leading and backing voice, acoustic guitar) was born and raised in Buenos Aires. Musically influenced by traditional Argentine folk music, she has step on several stages all around the country as a soloist or as part of a whole. In 2004 she collaborates with Daniel Di Napoli on the realisation of a TV series soundtrack for America TV (Buenos Aires). Writer and composer, she is the singer of “To Be Or Not To Be” and “Be Mine”.

RAFFUNK (guitars, voice and programming) was born and raised in Italy. He moved to Buenos Aires in 1995 where he worked as a DJ. Producer and composer of electronic music, his tracks have been released by labels like DJ Center Records (“To Be or Not to Be”, “Ego vs. Ego”), Stealth Records (“Be Mine”), Fashion TV Compilations .

GUSHI & RAFFUNK have got together to bring this project into life.
Destiny does the rest… 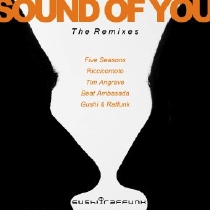 Sound Of You – The Remixes

Gushi & Raffunk – the highly appraised duo from Italy/Argentina – now release their second remix EP on Lemongrassmusic. Five outstanding remixes of the song „Sound Of You“ which was first published on their debut album „Eyes“ in 2011. Remixers from Italy, UK and Germany have given the song a tender treatment and have once again proven in how many different ways one song can be perceived and interpreted. They range from Ambient and Chillout/Lounge to Deep House and Breakbeats… 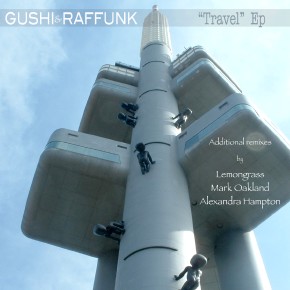 After the release of their debut album „Eyes“ in January 2011 the duo Gushi & Raffunk now come up with a download EP of one of their most promising songs: „Travel“. Along with the original version of this song the EP contains remixes by Alexandra Hampton (USA), Lemongrass (Germany) and Mark Oakland (Portugal) and an absolutely special gem: A remix by Gushi & Raffunk themselves. All mixes shed a very unique… 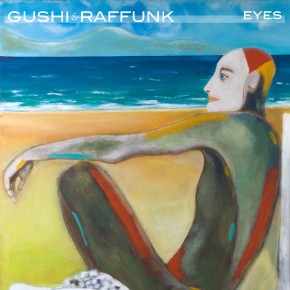 EYES is a rendezvous. It’s recognizing us among the crowd, deeply knowing that destiny had already been written. It’s about closing your eyes and travelling, letting sounds be the way to our destination where the inside and the outside become one single thing. It’s simply about listening. Everything is pulsation, everything is sensation… 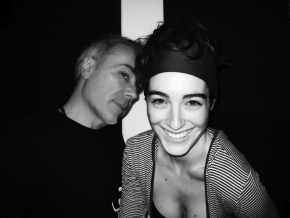