CAPA is a Chillout project by Norwegian composer Vidar Nord, a producer with an extensive background in songwriting for artists and music production for advertising, television and film.
This project is particularly based upon voice manipulation, it’s about finding unique phrases or sounds when the calculated is being twisted and bent to the uncalculated. Changing conventional ideas around form and structure into a synthetic soundscape.

For many years the CAPA-project was just an arena for exploring ideas and letting off steam after working with vocals not going the way as planned. Prosessing failed vocal-takes and changing tune and rhythm sometimes gives life to new and interesting vocal samples and so often leads to a new CAPA track.

This is the second album “Capa II” still influenced by analog synths and still seeking awareness to music is Capa’s first release on label Lemongrassmusic. 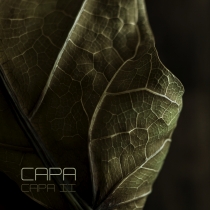