Alejandro Fernández Lecce was born and is living in Plata, Buenos Aires, Argentina.
He was part of various groups such as keyboardist and guitarist from the 70’s. He made music for films, TV and various plays in La Plata. In the years 1992 to 1994 he made several tours with the group AGUIRRE, which was produced by Zeta Bosio and SODA STEREO, where he joined musicians like Gustavo Ceratti, Julio Moura, Hilda Lizarazu and other former members of “VIRUS”. There he participated in two of their albums as a keyboardist.
Alejandro has released a few albums under different pseudonyms like Postmoderna, Sirena, Alex 29 and Tango Bizarro. Within his music career he also has done works in the style of Lounge (“Coolcomotion”), Hip Hop and Funk and has released a few albums with great reputation in House music and Electronic Tango.

Beya Rabehi, author, composer and performer was born in the Lyon suburbs but now resides in Paris. Beya is above all a voice, both powerful and delicate, a true vector of pure and sincere emotions.
She finds her inspiration in styles and backgrounds with different musical colors as varied as Jazz, Nu Soul or Hip Hop. Beya puts her experience at the service of her talent. Its universe is eclectic by its Algerian origin first, by its experiences then. She made her debut on the Lyon scene during “jam sessions” with several Afro-Jazz, Soul and Funk groups. It is in these clubs that she discovered an ease for vocal improvisation. 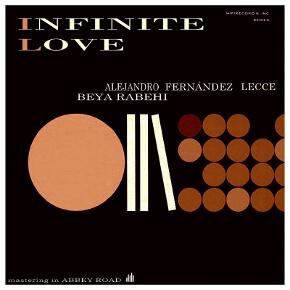 Release: October 15, 2021 Music producer Alejandro Fernández Lecce from Argentina and vocalist Beya Rabehi from France have joined and covered the distance between their countries to create a Nu Soul project, with a pinch of Jazz and Downtempo. With varied sounds and with various influences, the duo tries to reach even the most delicate ears – with passion and finesse… 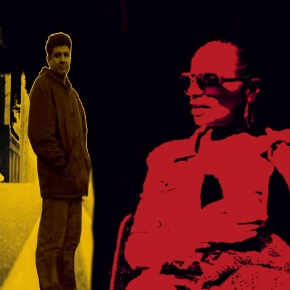