Lemongrassmusic present the new album „Cydonia“ by Norwegian artist Capa, alias Vidar Nord.
The album art and the title of the 14 tracks album was created halfway through the process, so the actual Cydonia feeling manifested itself in the music-making process in the second half and all previous tracks needed to get a special Cydonia treatment afterwards which makes the whole album a homogenous work now.
This strange outher-earthly-creature on its way following a cryptic map, maybe to Cydonia – a mythical place on Mars, an ancient city in Crete or 1106 Cydonia – an asteroid between Mars and Jupiter. Anyway, it’s on its way to the unknown, this creature in peace with nature and technology. The music of Cydonia is the soundtrack to this journey. 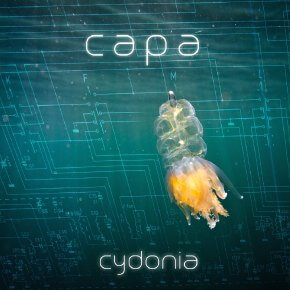