Lemongrassmusic proudly present their 100th label release. For sure this is a reason to party. But instead of receiving gifts, the label is giving out a huge treasure box of goodies to their fans and followers. You will be showered with 50 brand new, mostly unreleased tracks carefully selected by the label owners and driving forces Roland & Daniel Voss. Guiding you through the labels sound cosmos you will be delighted by receiving a splendid variety of songs, all done by highly valued Lemongrassmusic heroes plus a few very fresh signings and surprises.

Reaching the glory of 100 is only once in a lifetime. But to consider the label as old aged is wrong thinking. Lemongrassmusic is only 7 years old and has become an internationally known trademark for modern Lounging in only a short time. Initially founded as a platform for their own projects such as Lemongrass, Weathertunes, Jasmon and Five Seasons, soon the Voss brothers expanded the label’s philosophy to become a home-base for producers and musicians from 16 different countries.

With genre-bending music releases Lemongrassmusic is widening the scope of the Lounge genre by exploring Chillout, Ambient, NuJazz, TripHop, Electronic World Music, Deep House, Nu-Soul and more. Artists like Karen Gibson Roc, Eskadet, S.W., Faro, T2’n, Glam Sam And His Combo, Northbound, Gushi & Raffunk, Michiko, Mirage Of Deep, MoShang, Man In A Room and Keisuke Sakai are highlights of a brilliant up to date label spectrum, which is responsible for unforgettable moments on Lounge floors worldwide. For those who have just started to discover the labels work, “Lemongrassmusic – Episode 100” is a very helpful tool.

The label’s approach is buoyed with optimism and loving care in respect to the creative expression of their signed artists. This visionary pursuit seems to increase the quality of their releases as a notable difference. By caring for an ethic way of business and on a personal level too, the claim “artists feel at home at Lemongrassmusic” is not a phrase, it is a day to day reality of the brothers’ work. The claim became like a song itself, like a sinewy melody across the face of the whole thing. Such preconditions guarantee that the label’s flame will burn for long – very long.

We would like to thank all artists and producers who have been working with us and who have been giving us their confidence during all the years !! 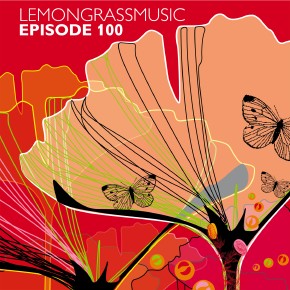