Slightly more than a year after the last edition, Roland and Daniel Voss have done enough research, put in diligent work and waited patiently enough to see their garden blossoming once more. New artists such as Dawn Sessions (Finland), Weed (Romania), Kiwi Twist (Greece), Alexandra Hampton (U.S.A). and Airily (Japan) are eager to assume their role in the label family, while established artists like Glam Sam from Sweden as well as T2’n and Eskadet from France allow some insight into their upcoming albums. Among the many highlights on this compilation are the mid-tempo broken beats crossed with jazz-funk breaks by Kondencoutas Pienas feat. Mill, the very rhythmical interpretation of „The Swing“ by Johannes Huppertz and the beautiful Asian-tinged vocal track „Lost The Eden“ by Nana Wang (remixed by Lemongrass)

After the deep but reassuring introductory track by T2’n with its mysterious geographic title, „45“25’51.94 N 12“20’05.74 E“, an overwhelming triple package irresistibly draws you into this compilation. Greek project Kiwi Twist throw in Air-inspired vibes on laid back jazzy beats. Then Finnish feelgood groove masters Northbound take over with their chachaesque „The Trick“, before Swedish project Glam Sam And His Combo cross the border from NuJazz to soulful disco funk with the powerful, Jackson 5 inspired chorus „She Just Wants to Rock’n’Roll“. Definitely mind-blowing!

Obviously, the comfort zone is also well equipped with contributions from Eskadet, Faro or Mo Shang, and beautiful vocal tracks such as Airily „Same Place“, Dawn Sessions „What If I“ and Alexandra Hampton „Breaking Waves“ (feat. Jana Tarasenko) abound. Charming arrangements are most notably found in Tokyo Counterpoint „To The Sky (Lemongrass Free Bird Remix)“ and Weathertunes „Bikini“, both adding a delectable Bossa touch.

From slow-motion beats to jazz-funk breaks, from introspective instrumentals to exuberant songs, and from relaxing vibes to uplifting grooves, the Voss brothers have included all you may wish for on an entertaining, stimulating and surprising journey. Download the whole bundle and get „Ocean Kisses“ (Long Version) by Lemongrass as your rewarding bonus track! 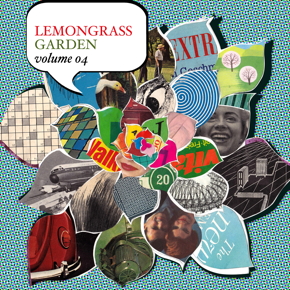