“When DJ Nartak puts his music on, the whole nation starts to relax.” That’s one of the interspersed jingles Klassik Radio is using to promote the “Nightflight” program, which is on air every Friday and Saturday. It may sounds a bit exaggerated, but it is not, if you consider that Klassik Radio’s network of frequencies reaches almost every corner of Germany. Over the past 7 years DJ Nartak’s “Nightflight” has become a shining star in the nightly musical cosmos. Not only on a national base, also internationally the number of fans increases constantly. Feedback from around the world shows a great appreciation for DJ Nartak’s musical signature.

The beauty of the auroral belt engraves the visual appearance of the 5th “Nightflight” compilation. An aptly chosen theme. There is a similarity of unfolding beauty between the Northern Lights and DJ Nartak’s mixes. Quiet and powerful, mysterious and alluring, subtle and sophisticated at the same time. Anyone who follows the “Nightflight” on the radio regularly, will find on the new double CD some of the artists that DJ Nartak presented over the last 12 months. Thus the compilation is near the heartbeat of the scene and reflects newest sound developments. The well-selected, international flock of artists is an expression for DJ Nartak’s claim to select music from around the globe. This time noticeable many artists come from the UK, which speaks for the immensely strong local scene. But there are great songs from Denmark, USA, Russia, Australia, France, Japan, and Germany too. Stylistically DJ Nartak follows his own pathway. He places emphasis on flow, on atmosphere. His mixes should be like a journey, leading us to unknown places of well-being and joyful listening. Typically his choice of musical elements and styles is variable. This has become another hallmark of his output. Music of different genres melt into one flow, unobtrusively and well-embedded forming up to a bigger picture. Nevertheless the compilation appears, more clearly than before, in an atmosphere of bright, sometimes almost meditative depth.

Already the opening title of CD01 with the formidable, “Mercury Music Price” nominated Jon Hopkins sets a mark. A piece of beauty, taken from the independent film “Monsters”, that forms with Animat’s “Liquid Fuel” to a mellow, cinematic entry. This gets deepened with Eskadet and Ohm-G before the American Yoga Master Snatam Kaur touches our soul, refined with a remix done by Cheb I Sabbah. Jasmon skillfully spinning on the thread with a tribute to Mother Earth in Peruvian “Quechua” language, followed by Sync24 and Bob Holroyd, who are giving the Nightflight more ambiental depth. Bob Holroyd’s “Parallels” got remixed by the Alternative scene heroes “The Album Leaf”. Also James Yorkston with his poetic, melancholy storytelling got gently refined, with a remix by Jon Hopkins. Tim Angrave and Krusseldorf deliver examples of modern electronic Downtempo sounds, before the Japanese artist Collioure attaches a soulful guitar. Dub Mars is reminiscent of the golden age of Massive Attack and Leftfield, followed by Spirit Jack, who endows us with minimal tricky Dub grooves towards the end of CD01.

The second disc begins with a feather-light, sunny piece from the trendy Russian label “Incepto Smooth”. With Placid Larry a cool and relaxed Downtempo groove is added. With his outstanding compositions Dee C’rell is a traveller between NuJazz, Electronica, Acoustic and Lounge. Followed by Chocolate Tannoy, Marty Bobgarner and Soulcraft, DJ Nartak shows his talent for beat emphasized grooves, culminating in Girish’s dynamic rhythms as an energetic climax. With Lo Tide the “Nightflight” gets airy again. His vibrant positive arrangements inspired even Michael Reinboth (Compost Records, Future Sound of Jazz). Sans Chichi is a new project from the legendary label ChinChin, sprinkling in a pinch of swinging bar atmosphere. Followed by Chris Zippel & Marcus Loeber, who released with “The backroom chambers” one of the best artist albums in 2012. Lemongrass Mastermind Roland Voss follows seamlessly, before the Danish act Lauge & Baba Gnohm brings us very close to the beauty of the auroral belt. The atmospheric depth is also home for James Murray, providing a dreamlike master piece of Ambient music. The final appearance is reserved to Man In A Room. Their emotional and epic “Prime” is the perfect ending for the nearly 2.5 hour long “Nightflight”.

Since October 2012 DJ Nartak is also responsible for the Saturday night of the famous “Klassik Lounge” show. A further evidence of DJ Nartak’s growing popularity as one of the leading figures of the Downtempo, Ambient and Chillout genre. 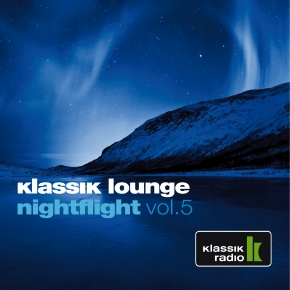