For 5 years now DJ Nartak has been the sound pilot of the weekly program “Nightflight” on Klassik Radio. During the years a whole sound cosmos has taken shape, which stays unparalleled in the German communities. DJ Nartak is popular yet respected for his courage to lead into the depths of musical spheres, where genre boundaries dissolve and blend together in unexpected lightness. That is precisely why at Klassik Radio his skills are in the right place, because here young listeners learn to appreciate classical arrangements and instrumentation through modern ambient music.

This maturation process can also be found in Nartak’s CD compilations. After the acoustic journey through the deep sea on predecessor Volume 03, the immensity of the night sky now takes center stage: Heavenly sounds and distant worlds that fascinate and give a slight idea of the inconceivable silence of the universe. Myriads of light spots in the sky, sparkling, mysterious, alluring, like the sounds DJ Nartak has chosen for his Nightflight Vol.04. Even for experts of the Chillout and Lounge scene, this compilation is a real asset. Artists from all around the world, stars from different scenes fit together in weightless elegance.

This Nightflight has an air of the extraordinary, like a constant, joyful discovery of new spaces. Its great strength lies in the atmospheric perfection, majestic and sublime like the night sky. Please take your time to holistically feel both CDs. You will be refreshed, rejuvenated, and return to Earth with charged batteries and the feeling of mental stimulation. Prominent pre-test listeners have already called it the best DJ Nartak compilation ever. It seems that the “pearl diver” has made his name.

DJ Nartak
has been travelling around the world working as a DJ since 1990. In addition to the Nightflight on Klassik Radio, he is known for a variety of other projects, such as “Globality”, “Liquid Sound”, “Sleepless …” and “Groove On, Earth!”. He was co-founder and label manager of Jubilee Records, Abstrait Music and Free Form. Since 2006 DJ Nartak has had his home base on Lanzarote.

Interview:
What can you tell us about the titles and artists that you chose for the compilation?

Basically, these are my highlights from the last two years. To me they reflect the Nightflight vibe in a wonderful way and make the concept literally audible. There are definitely some surprises here, which are otherwise hardly represented in other Ambient/Chillout compilations. For example “Sven Weisemann” and “Kollektiv Turmstrasse” are from the deep house genre, Josete Ordonez’s “Objetos perdidos” is a pure acoustic guitar piece, the “Tytingvåg Ensemble” comes from the Jazz scene, “Pulshar” is Spanish Dub-Styling and “Jamshied Sharifi & Hassan Hakmoun” belong to the world music section … In general, the global group of artists on Nightflight Vol.04 features many new names and hot insider tips. The compilation offers a representation of 12 countries…

How would you describe the musical journey and how did it develop?

At a quite early stage in the developing process, the compilation became a very wide atmospheric picture that I took up and tried to incorporate in the title selection and the mix. I want to invite the listener to lean back and listen to the relaxing and inspirational sounds. When the first cover design with space motifs arrived, this visual component perfectly fitted in with the project. To me the compilation truly represents our universe: sparkling, luminous, and infinite. I personally think the sound is very modern, but also somehow timeless. In other words, as the imagery of the compilation already shows: It’s like the vacuum that surrounds all the worlds… 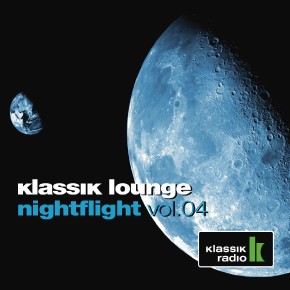