DJ Nartak once more has carefully selected chillout-worldtronica-pop songs from our beloved planet. His „Klassik Lounge Nightflight Vol. 3“ presents the most shining pearls from the world of ambient, downtempo, new classics, dub & worldtronica, all merged in a delightful mix.

Whoever has booked his „Nightflight“ on German radio station Klassik Radio before knows of the ambient delights and stimulating impulses from the show’s cornucopia of global electronic listenining music. Hooked to every weekend’s double offering („Klassik Lounge Nightflight“ is on air each friday and saturday from 12 p.m. to 1 a.m.), fans and connoisseurs appreciate DJ Nartak’s golden touch at selecting extraordinary tunes, and his skills in arranging them on a string of deep atmospheric expressions. Some of his followers nicknamed him pearl diver as he manages to salvage the most exquisite tracks from the sheer infinite sea of sounds and put them in a most delectable mix.

And a great number of listening pearls you will encounter. Lackadaisical, shimmering grooves from a rejuvenated, almost completely new pack of artists are involved, hailing from Russia, the UK, India, U.S.A., France, Ibiza, Greece, Japan, and of course, from the soaring and creative German scene.

Highlight after highlight surface on this compilation. Just take the irresitible dub groove of Midival Punditz, adorned with Ravi Shankar’s daughter Anoushka on Sitar or DubXanne’s fantastic rework of Sting’s worldwide hit „Bring on the Night“. Also making an appearance is the much awarded Laya Project in a previously unreleased remix by Chris Zippel (best known for his cooperations with Pet Shop Boys). Apart from these deeply relaxing offerings, there is also time and space for dynamic excursions such as Razoof’s „The Cycle“ or Russian piano wizard Mikhail Korumenko aka Pianochocolate. Both tracks bring us a vivacious but also elegant groove for collective happiness. All those who have never heard of Karen Gibson Roc before should tune in to her contribution first – a breathtaking vocal talent from Brooklyn, NYC.

The whole package is – as is DJ Nartak’s trademark style – musically and stylistically multi-faceted. The suspenseful mix also reflects the most topical develepmonts in today’s studio productions and proves once again that Nartak always goes for gold and strives for the best. His outstanding achievement, though, is how effortlessly, relaxed and joyful he manages to present his musical treasures. After his fifth consecutive year on air and two preceding „Nightflight“ compilations he has matured like a full-bodied, fruity and most palatable red wine.

At the end of the day, there is no alternative when it comes to judge and choose top-notch chillout collections. DJ Nartak and his „Nightflight“ selections are rare and precious gems that are hard to find. 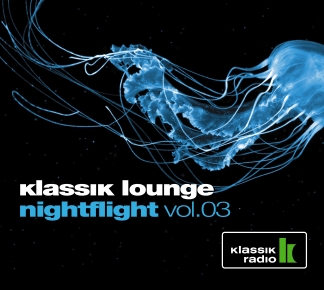