With „Cinematic Lounge“, Lemongrassmusic presents a fascinating new audio experience, set up to trigger moving images of the mind. All selected tracks seem to be composed for movies but are actually created for your own inner visions. Some tunes are dreamy, some playful, some caressing, some compelling, some mysterious and some straightforward surprising. A trip through an unknown metropolis, a journey through an impressive landscape, an adventurous trip on your own or a timeless moment with your lover are all part of the overall scheme.

This first selection embraces some of the best works so far presented on Lemongrassmusic but also includes some previously unreleased tracks, adding up to over 100 minutes of stimulating listening pleasures, brought to you by artists from Germany, France, UK, Netherlands, Spain, Finland, Sweden, Russia, Japan, Taiwan and South Korea.

After some rather quietening introductory tracks, a juxtaposition of mind-boggling tracks follow such as the jazzy ballad of Lemongrass „Le Ciel“, the acoustic love song of Johannes Huppertz „All I Am“ and the sweet and uplifting vocal jewel of Banda Dalai Lam „Ya Tak Lublu“. Uptempo contributions come from $uperchrome „Archenova“ and Glam Sam „The Dude“. Interludes like the feathery „Shakuyaku“ by Yuko Matsuyama or the tropical „Bleu Ciel“ by iëlo beautifully round things off. Further highlights come with the heavenly voices of Eurasian macro-system „Yugoslavia“, the ethereal offering by Hana „Ayume“ and antennasia’s fantastic „Mannequin“ in Rubyat’s acoustic rework.

All in all, a rich and voluptous offering full of twists and turns which finally leads the way to a formerly unknown listening heaven. 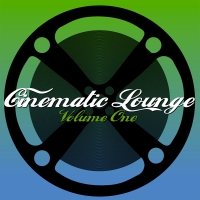