Yin And Yang › Stars Of The Orient

Yin And Yang is a music project of producer Daniel Voss and is dedicated to electronic music with middle East and far East Asian influences. Known from numerous music projects like „Weathertunes“, „Five Seasons“, „Green Empathy“ and participations with his brother Roland Voss’ projects „Lemongrass“ and „Jasmon“ Daniel has been going a long way through electronic music production and has been refining and cultivating his unique styles since the late 90’s.
In 2005 the Voss brothers have founded the label „Lemongrassmusic“ and have been giving a platform to their own music works as well as to some great artists worldwide.

The EP „Stars Of The Orient“ is a groovy and melodic junction of Oriental and European music styles and expresses an European view on and appreciation of various Eastern music traditions. The sounds and melodies softly trigger the listener’s imagination and visualization of Orientlal impressions ranging from the Arabian countries via India to China and Mongolia.
Supported by German vocal trio „Tiefblau“ who contribute to two tracks with traditional vocal performances the EP becomes a manifolded listening experience – a soundtrack for an exotic trip through wide parts of the Asian continent. 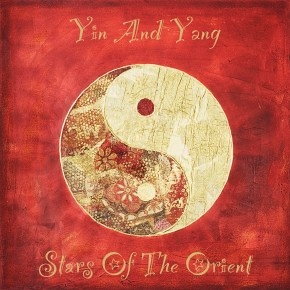