Weathertunes (aka Roland Voss and Daniel Voss) come up with their new EP in spring 2012. Accompanied by 4 different female vocalists they have created a beautiful mini album which can be considered as a logical extension of their previous album „Passions“. Five highly addictive songs brimful with femininity and agile tenderness.
Singer WAWA from Japan has contributed a new song filled with her Far Eastern magic and again proving her ability to create marvellous multi-layered melodies.
Michelle Gibb, singer of the highly appraised song „Passion“ can be heard in the song „Feel You“ – a modern love song in true Weathertunes style.
Manalili from NYC, known from the Lemongrass album „Pour l’amour“ has joined the album with the song „Smoke And Mirrors“ – a homage to retro black & white crime movies.
The song „So Confused“ was sung by French vocalist Kay Dee the Bee – known from the Weathertunes album „Palm Beach“ and as solo artist. 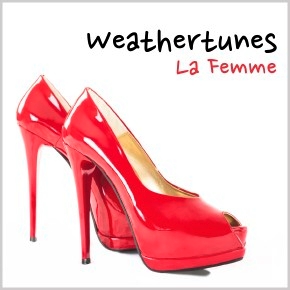