„Velvet Dreamer“ is the brand-new Chillout/Lounge project of Berlin based trumpet player and producer Tim Gelo.
It reveals various elements of Chillout, Lounge, World (Bossa & Latin), Jazz and many other facettes of electronic music.
Within all tracks the trumpet takes a central part with catchy melodies shaded by groovy, filigreed beats which create a lively flow from the first track to the last tone of the album.
Each track creates a unique atmosphere – from nighttime bar music to holiday flirts, sunny days on the beach to mystic adventures to the unknown…
Accompanied by vocalist Olisha and rhodes player Michael Buk, Tim Gelo has created an outstanding debut. „Last Kiss Of Summer“ is released on label Lemongrassmusic in November 2013.

The final mastering was performed by Maxim Piz (alias Synthpark) who has also slipped his own music taste in the project.

Tim Gelo has studied Jazz music at the Hanns Eisler school for music in Berlin and participates in various shows at the Staatsoper Berlin and in the band „Mariachi Interantional El Dorado“. He plays in the duo „Jazzá-vu“ along with Paul Wiebe and runs another solo project named „Digeltown“. 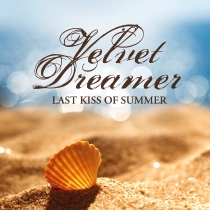