In addition, guitarist Michael Buk and saxophone player Aries Aquarius contribute with their tasty solos on “Forgotten Places” and “Frozen”.

The new album features a high variety of styles, from “Solveig’s Song” taken from Edvard Grieg’s opera “Peer Gynt” to “Sky Is Falling”, which sounds almost like a chilly pop song.
“Deserted Road” might carry you off to the Sahara whereas listening to “Bel Amour” might cover you with French vibes coming from the sexy voice of Isa Devise.

The lyrics are written by gifted Text writer Marie Seeger, except “Sky is Falling” (Diana Moon).

Lena Levsky, a painter living in Kiev, gives the album it’s marvellous look in terms of the beautiful front side cover, which is a composition painting of the artist.

All tracks were written, produced and mixed by Tim Gelo except “Sky Is Falling”, “Bel Amour”, “Chrystal Water” and “Solveig’s Song”, which are mixed by sound engineer Maxim Piz at Klangpolitur Studio Berlin.

Maxim Piz also mastered the complete album to give it it’s round, refined and homogeneous tone. 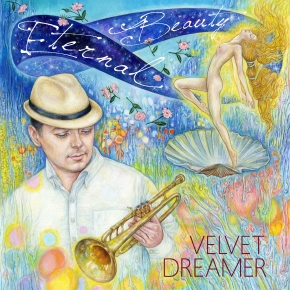