A Classic Pop or Dance track from the past in a new mix with the sound of today.
That was the concept back in 2011 for the APK Mix , an item in the Populair Radioshow
named Veronica’s Club Classics (later Sven’s Classix on Radio 10) broadcast weekly on Saturday night
on national radio in Holland. Today the show is still on air and so is the APK Mix, curated by Utrecht-based music producer Marc Hartman.
One of the first classics on the wishlist was Lovemachine by Supermax, a big hit back in the 70’s.
After the show the APK Mix was posted on the internet and noticed by Herbert Gruber, the personal manager of Supermax and frontman/former Kurt Hauenstein.
There was contact between Marc Hartman and Herbert about a remix, sad enough Kurt has passed away on March 21 2011.
It was decided to create a new mix as a tribute and release it to meet a new generation.
For years they have been working on the perfect mix to release…. In 2021 they picked up the project and the finishing touch was the involvement of the German label Lemongrassmusic and a remix from Lemongrass is now included as well.
Ready to meet that classic smash hit in 3 brand new remixes by Marc Hartman, Lemongrass and Weber & Weber? 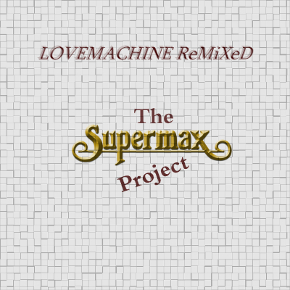