Listen to a man who was formed (but fortunately not traumatized) by classical musical training and repeatedly embarassed by solo auditions equipped with a bad haircut. Thierry Frossard aka T2’n has survived long boyhood years of suffering in shirts with stiff’n’itchy collars and suits with too short sleeves, only to find his love for synthesizers and develop the skills for programming the right beats. Strengthened by his life-long musical experiences, he now presents his thrilling debut album „Pause“.

Consider the album title, look at the album cover (some crystal clear part of the ocean) and check out some titles of tracks like „Éveil“ (awakening), „The Silence“, „Voyage” or „Pause“. If you now suspect tranquil, calm and soothing sounds, then you’ve gone completely wrong. „Pause“ is not like a holiday on a dreamlike sandy beach, but more like Jacques Cousteau exploring beautiful coral reefs while a monster is lurking in his back. The silence of the sea is treacherous, the calmness of the sea waits to be disrupted and evil never sleeps.

The first album track „Éveil“ not only means „awakening“ but also „sign“ and „warning“. What begins with deep and super-slow sounds gets an overcoating of dark and pushing beats, initiated by female voice who announces that we are conditioned not only by experiences of sex and violence but also against music. At the heart of Thierry Frossard’s world is his amazing track „700 jours“ which also has an idle beginning but turns into an attack of evil drum’n’bass beats. After several breaks, another female whispers „non, je ne regrette pas“.

Quirky sounds and mysterious voxes you also find in the 9-minutes hymn of „11330“. After the strangely suppressed laughter of an unknown audience a man suddenly asks „Are you ready?“ The following arrangements of heavy strings and heroic beats are juxtaposed and intertwined in a way that makes you pay respect to the composing skills of Thierry Frossard – and pushes you forward on a journey into unknown territory. Where does this man take you, you don’t know. But from now on you are hooked and willing to follow wherever the captain navigates his ship.

Out in the vastness of the sea, you nod your head to the operatic „The Silence“, submerge in the ominous beats of „Parasites“ and gain new breath when listening to „Voyage“. The elegiac rock-fuelled „Charly One“ is beautifully rounded of with the ringing of bells but leaves you face to face with the underlying tonal ambiguity. After the mysteriously titled track „45“25’51.94 N 12“20’05.74 E“ and the merry and mellow „Pause“, the concluding „Peut-Etre“ takes you back to the shore. Are you safe back home? Or will the tentacles of the beast reach out and drag you back under the surface again? There’s no time to weigh things up as you probably feel driven to press repeat and relive the amazing album experience once more… 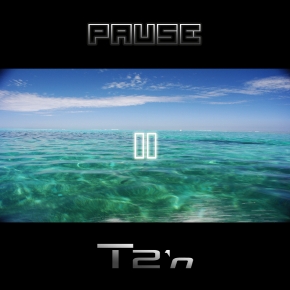