Andrew Reilly, known as ‘Riff Kitten’ in the electronic music world, has had an atypical pathway into music. He began the journey at the age of ten after becoming enraptured by the music in his favorite video games. It was soon after that he began designing his own simple video games and creating MIDI-scores to underscore the drama. As time went on, he realized that music-making was his favorite part of the process, and soon devoted all of his time and energy to composition.
He began to broaden his scope of musical genres, and soon became obsessed with the world of hard rock and heavy metal. The sound of a groovy, crunchy guitar riff with maxed-out distortion was something new and fascinating, and oddly enough he spent many hours learning to play them – on the piano. Soon after, the old dusty upright piano in his parent’s living room became his primary focus, spending most of his spare time in high school learning harmony and writing original piano pieces.
In his senior year, he realized that music was more than just a hobby – it was a career. He was accepted into the Music Theory / Composition program at the University of Minnesota, where he gained a Classical background and education in music. After testing out of first-year theory, he rapidly learned about orchestration and started writing for orchestra.
His first orchestral piece, ‘Return To Creation,’ was awarded first place in a composition competition for young composers. In his last year at college, he was writing everything from Classical, to Jazz, to EDM, ultimately graduating Cum Laude with honors. Soon after, he began to hang out frequently with a group of DJ friends, exposing him to a more diverse assortment of electronic music styles.

It was a shock to discover sub-genre after sub-genre, which quickly transformed into musical excitement on a new level. In particular, he gained a predilection for Ambient, Downtempo, and Chill, and his musical voice began to grow.
It was then that ‘Riff Kitten’ was born – a name inspired by his love for groovy riffs and his newly-acquired kitten (and best friend). Riff Kitten is Andrew’s project for his most inspired and cherished electronic music tracks, promising a chill foundation adorned with an extremely eclectic inclusion of a huge variety of musical sub-genres.

Endlessly inspired by nature, American composer Riff Kitten is pleased to present his second full-length album “Waterscapes“ which is his debut on the label Lemongrassmusic. These ten tracks each represent a distinctive watery habitat, featuring a great variety of form, melody, and harmony while maintaining a sense of textural unity, with fluid musical patterns and contours seamlessly flowing from one to the next…. 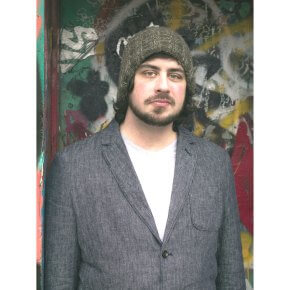