Man In A Room › Pursuits

“Pursuits” is MAN IN A ROOM’s new 5 track EP and the return of Song Writer/Producer Steven Connolly after his debut LP “The Alchemist’s Apprentice” which was released on Lemongrassmusic in 2012.

As we’ve come to expect from Steven, the narrative is all important in his works. Lyrically, these themes are chasing undefined targets. This is in order to reflect the unspecified interests, longing and desires of someone. Indeed, anyone who may be in pursuit of an experience or achievement which will never quite be fulfilled. More aptly described as “Sehnsucht” (German). An unsatisfied desire that is itself more desirable that any other satisfaction…

This is “Pursuits” intention and is yet another shift toward this new ground. Expect Cinematic Funk, Trip-Hop, Lounge and World Music. As ever, MIAR has managed to switch gears throughout. With a rich array of sound, instrumentation and superb performances from its guest vocalists and musicians. This EP has enough to offer the most eclectically minded of listeners.

And so the pursuits continue… 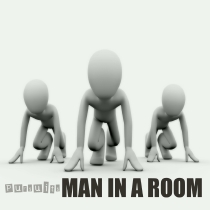