With „The Remix Sessions“, Lemongrass present an atmospheric masterpiece. From the first chord to the last strings, the compilation bewitches all senses, emanating a beguiling flavour which keeps the listener enthralled. Beautiful vocals cuddle with pop, disco, samba, jazz, house and hip hop sounds. Within the top-notch track selection, each track finds its perfect place. A multi-faceted, flawless listening pleasure.

“The Remix Sessions” is the result of extensive, passionate remix activities of the years 2006-2009. After having remixed the works of 16 artists, Lemongrass (Roland and Daniel Voss) present the assembled remixes on the anniversary compilation: the 50th release on Lemongrassmusic. This release is not only some worthwile retrospective but also allows a glimpse into the future, as the originals come at the hands of artists which will drop new albums in 2010, such as the highly anticipated sophomore album by Glam Sam And His Combo, the new album “No Place Like Home” by Michiko or the second Tafubar album. Singer/songwriter Karen Gibson Roc will appear on upcoming Lemongrass album “The 5th Dimension” where after her debut „Touching the Soul“ she will astonish the world once more with her powerful poetry. Japanese singer WAWA will also be involved in several upcoming projects.

Most of the presented artists are part of the widespread Lemongrassmusic label family which happily lives all around the globe, from the north to the south and from the east to the west: WAWA, Tokyo Counterpoint and antennasia (Japan), Kondencuotas Pienas (Lithuania), JetTricks and Michiko (UK), Glam Sam (Sweden), Alexandra Hampton, Karen Gibson Roc, Luke Hampton and Manalili (U.S.A), Beach Hoppers (France/Germany), Five Seasons and Weathertunes (Germany), Nana Wang (China) and Tafubar (Italy. With their international diversity, Lemongrass underline one thing: The world is sound. You just have to know, where and how to salvage the most beautiful songs.

Melancholic, beguiling and intriguing, that’s how the Full Moon Mix of „Taste of Fear“ by Japanese singer WAWA leads into the compilation. Laid-back, cool but with a sunny break follows the remix of „So Pure“ by Lithuanian act Kondencuotas Pienas, before the Deep House Remix of „Lose You“ by UK act JetTricks develops smooth vocals over a stimulating groove. The First Kiss Remix of Glam Sam’s „Last Days of Disco“ unites lively beats, sunny vibe and tongue-in-cheek lyrics by singer Biker Boy. The amazing pop ballad of UK singer Michiko „Stuck On You“ is tinged in brown Brazilian sugar by the Samba del Sol Remix, while Japanese project Tokyo Counterpoint concentrates on a strong samba vibe as the perfect basis for crystal-clear vocals. The follwowing American sound package Alexandra Hampton, Luke Hampton and Karen Gibson Roc pay respect to jazz and hip hop influences, masterfully blended in downtempo ballads, funky horns and a breathtaking spoken word performance.

A more exotic vibe with a yearning undertone is generated by the Wet Dreams Remix of Five Seasons’s „Love Apple“. The worldtronic flavour is continued by singer Nana Wang, who in the Épice Remix whispers her love ballad in Chinese words over the sound of an acoustic guitar. Full of mystery and in a changing pattern of sinister and airy passages, Japanes project antennasia give new direction with „First Flight“. Manalili’s beautiful ballad „Beauty Myth“ with tender piano keys, midtempo d&b beats and delicate vocals takes over before the Lazy Afternoon Rework of Weathertunes’ „Sunny Day“ delivers the soundtrack for an idle sunny afternoon. Another vocal pleasure comes with the Angel mix of Beach Hopper’s „Keep Dreaming“ where Jana Tarasenko intonates a dreamy declaration of love and embraces the beats with her wonderful voice. Suitable for the wintery release date of the compilation, the Snowflake Mix of „The Wicked Thoughts of You“ by Italian Tafubar marks the atmospheric conclusion. 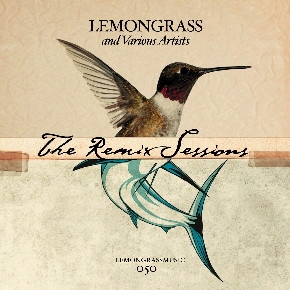