After his 2009 album „Hypnosis“, when we learned to know Roland Voss aka Lemongrass as an ambient artist, he reinvents himself once more with his brand-new effort „The 5th Dimension“. On his eleventh album, the French influences of the predecessors „Pour L’Amour“ (2008) and „Filmothèque“ (2007) still shine through but the extraordinary voices of Karen Gibson Roc and Suzy Duffy add a completely new touch thanks to their NuSoul vocal style. Framed by sun-drenched, marvelously airy instrumentals and embellished with rolling beats, the album immediately turns on its charm. If „The 5th Dimension“ were a bottle of wine you would have to describe it as superbly matured, full-bodied and abundant with fascinating nuances. As it is a music album you may depict it as an intriguing soundtrack for a journey through time and space towards its final destination: the soul, or the fifth dimension of human imagination.

Right the very first track „Crystal Mind“ is spellbinding. Smooth beats snake through your auditory canals before they sink down to warm your heart, a sweet experience only to be topped off by some ingeniously embedded chirps. The following „Maison à la Mer“ starts with heavy beats and an enchanting vibe which could originate in the fabulous world of Amelie, until an underwater break provides some cool contrast. After this favourable opening, the time has come to introduce the wonderful Karen Gibson Roc. Born in Jamaica, raised in Canada and living in Brooklyn, she sings as determined as she lives her life. Her warm and powerful voice has a haunting quality which prompted an American critic to the statement that „she must somehow be involved with the salvation of the universe“. Relying on a head-nodding beat, her ballad „You Gotta Be Free“ is a wondrously poetic homage to her recently deceased father. In „On The Edge of Time“ her voice brilliantly harmonises with the underlying beats. „Reflection“ demonstrates the unique precision and range of her voice while on the production side a playful break adds extra pleasure. In fine contrast, the the subsequent „Alone“ has a compelling melancholic touch.

Deep down into the groove you can step with „Lucky“, a song where Scottish singer Suzy Duffy radiates her glamorous vibe, further underscored by perfectly arranged horns. The following instrumental track „Passion Fruit“ boosts the preceding impact with massive beats before the NuSoul dominated bulk is taken to its conclusion by the slow-motion track „Strip-Tease“ where piano, drums, bass and saxophone is arranged in some well-balanced interplay.

The bossa touch in „Everything You Want“, the airy interlude in „Lightness of Being“ and „Bonjour“, a track evoking images of a breakfast in sunny Paris, add further colours. Embedded in the album’s laid-back end with introspective pearls such as „Magnificent“ and „Balcony“, the ambient track „Satellite“ refers to the opening title with its chirping sounds, this time in electronic-driven form. A nice conclusion to a lovingly crafted album. 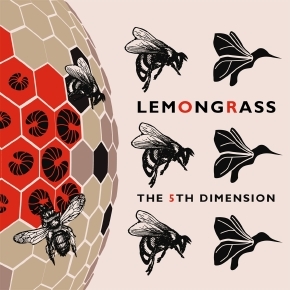