Sirius is the most luminescent star in the night sky. A light years away double-galaxy, considered as a mystical symbol by many ancient cultures. This is the chosen destination of Lemongrass’s new album. The terrifically epic opener “Where is Mr. Spock?” seems to leave Lemongrass Mastermind Roland Voss puzzled of where the famous Half-Vulcan might be. But there is no need to worry for Mr. Voss. On this expedition he does perfectly fine without Mr. Spock on the bridge. Sovereign with a reliable sense of style Roland Voss keeps his very well maintained space ship on target. But we shouldn’t be surprised. For more than 15 years he has constantly been proving to be one of the best and most experienced Lounge & Ambient pioneers. He simply knows how it all works. The outstanding quality of this album is to be harmonious in atmosphere and artistic expression. A brilliant flow which brings us back to the primal idea of “Chillout” – to experience mental stillness and refreshing relaxation. But it’s striking to see how seemingly effortless it happens. Zero gravity becomes audible.

As usual Lemongrass’s range of drums and percussion is sticking out. Well for those who don’t know, Roland Voss is an educated drummer. Either as a cool down-tempo groove (Deep Blue), as a playful broken beat Jazz rhythm (Jazz Bandits) or just with a discrete Snare, the choice is always brought to the point. Likewise he deals with the rest of his instrumentation, which is colourfully set in team with well produced arrangements. Overall “Sirius” appears as an outstanding release far away from Lounge & Chillout stereotype and without samples we already have heard far too often. Therefore this expedition never gets boring. Even after listening countless times there are still new dimensions to discover leading to shimmering galaxies.

The ones who know Lemongrass since awhile will note the influence of the very successful “Ambient Land” series. The two so far released issues seem to have prepared the ground for “Sirius” by strengthening Roland Voss’s encouragement for atmospheric deepness. But don’t be anxious that this journey might drift into a wafting abyss. Whenever it is needed Roland Voss brings back dynamic straightness combined with cheerfulness and positivity to his space ship. This expedition is a true honour to the galaxy of the same name by shining as bright as the famous star system itself. It underlines that Lemongrass is rightly considered as one of the most influential artist of the global Chillout & Ambient scene. Hopefully Mr. Spock puts his intergalactic radio on once in awhile. It would be a pity if his Half-Vulcan ears would miss this “Sirius” expedition. 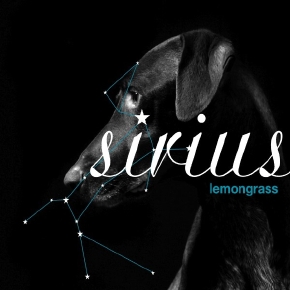