Lemongrass is back! On time with the beginning of the summer mastermind Roland Voss endows us with a new longplayer. Fittingly he named the album “Papillon”, which is the French word for butterfly. And likewise butterflies flutter the 14 songs in weightless buoyancy through 70 minutes playing time. An album made for a joyful summer day full of bright colours and positivity, radiating the zest of life. “Papillon” slides through the world of Lounge Couture without even touching the banality of plagiarism and clichés. Stylistically versatile with a pinch of Swing & Jazz, a sprinkle of Latin and a garnish of Groove and even Deep House, Roland Voss manages to keep the balance between rhythmic, uplifting tracks and cinematic moods of Chillout & Ambient pieces for daydreaming and relaxation. Follow trustfully the Lemongrass guidance, you will remain poised and fascinated throughout.

A significant impact on “Papillon”s high level production is the Russian singer Jane Maximova. Over the years it has become a good tradition, that Roland Voss introduces fresh and unknown talents. Just think of great vocalist Karen Gibson Roc and Skadi appearing on several albums such as “The 5th Dimension”, “Skydiver” and “Pour l´amour”. Now it is up to Jane Maximova to enrich the musical cosmos of Lemongrass with her velvety voice. Without any doubt Roland Voss is a master of pictorially sound creations. He is an old hand who knows how to play with his skills. This is meant in the truest and best sense of the word, because “Papillon” is already the 13th album in 16 years. Considered as one of those groundbreaking artists of the genre, people around the world love following, because everything Roland Voss drops, resonates with the same level of integrity and mastery. Especially in Japan, USA and Russia a huge amount of followers has formed, considering Lemongrass as one of the leading Lounge & Electronica acts.

Only 9 month ago the previous album “Sirius” saw the light of day, rightly reviewed as one of the best Lemongrass releases ever. The album brought us closer to the stars in a musical and visual dimension. Even on “Papillon” the long journey to the far away galaxies reverberates here and there. Like snatches of memories heavenly Ambient sounds pop up, taking form as spherical creations. But before we get lost in far away universes, Roland Voss beams us back to Earth, directly to our favourite beach. By sitting there contemplating, we watch a beautiful sunset, underscored by the last tones of “Papillon”. This is the sort of album we definitely need for the upcoming summer. 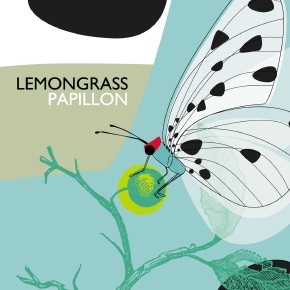