For 20 years now, Lemongrass has been accompanying us. Doubtless a very rarely reached jubilee in the music business, which usually gets celebrated with a best-of compilation. Not so with Lemongrass mastermind Roland Voss. He rather sends us with a new album on a star seeking journey to the “Orion”. In order to give his creativity an unrestricted expression, he decided to forego any guest musicians, vocalists and studio crew. Completely self- written, instrumented and produced, 14 songs arose, which convince with individual class, piece by piece. But above all, they gain their full strength on album length, as a homogeneous one full of atmosphere. An impressive number of 18 album releases plus 14 EP’s, portray the musical work of Lemongrass.

At the beginning of its moving career signed to the legendary “Mole Listening Pearls” label, the foundation of the in-house imprint “Lemongrassmusic” in 2005, marks a fundamental change. To pick any highlights from the long list of Lemongrass hits, is almost impossible, just think of classics such as “Journey to a Star”, “Where is Mr.Spock”, “Elle et moi” or “Habla mi corazon”. With “Orion” Lemongrass presents itself at its best. A flawless, top-class performance with a fresh and unadulterated spirit, which appears with a strong and unrestrained sense of joy and passion. Summery lightness leads the way, skilfully brought to life with a wealth of stylistic and musical means. While “Kyoto Garden” recurrently documents the fascination for Japanese-Asian culture, “Aldebaran” is a deep research into the unfathomable universe, which perfectly characterizes the atmosphere of previous Lemongrass releases.
According to Greek mythology, Artemis moved the hunter “Orion” as a constellation to the sky, where he still portrays the beautiful Pleiades. Similarly, Lemongrass could end up with this timelessly beautiful album at the musical firmament. But most definitely, it cemented its place in the highest echelons of electronic listening music. 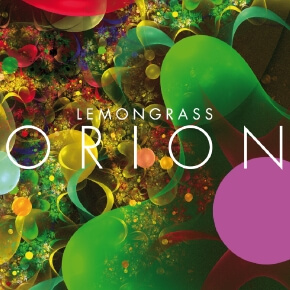