Ficture is Gábor Tokár, a Bratislava based Hungarian producer, sound designer and drummer. Being influenced by the most diverse music styles, producers and bands he creates an unusual mixture of ambiance and rhythm. At the center of his songs is the flow: dynamic changes, soundscapes within often complex rhythm concepts,modulated field recordings or the relation of organic to electronic are all parts of the music.
Fascinated about music since his childhood he started to play drums at the age of 16. While actively playing in various bands and listening to different styles of music he became passionate about finding a way to somehow translate his ideas and write his own music. After discovering music production tools, software synthesizers and audio modulation possibilities he started to experiment with sound and its borders. Through these years of learning his music acquired its characteristics as a combination of positive calmness and melancholy controlled between minimalism and maximalism, supported by unaccustomed beats.
The result of his ongoing evolution is the debut EP “Roads to Everywhere” released on Lemongrassmusic in early 2014. 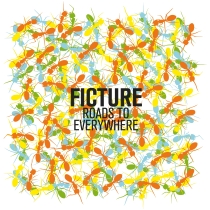