No better way to start the new year, than with some sun-flooded music with a life-affirming spirit. To feel like you are sitting in the depths of a palm tree grove, the sounds of the Atlantic ocean floating from the distance in the salty scented air, the first “Abraxas” album release on Lemongrassmusic takes you right there.

Bright melodies, heavenly sweetened analogue synths and a well-sourced acoustic instrumentation make it a treat to digest. Hailing from the Canarian Island Tenerife, the “Abraxas” duo invites us to witness the auspicious moment of two ingenious musicians meeting. Embracing the initial spirit of Lounge music, “Soltronica Volume 1″ holds and caresses the spirit of the summer with love and dignity.

Abraxas is a project by Charly Daicz and Matteo Malavasi. Well equipped with Italian, Polish and Guarani roots, both are extensively educated musicians, being on their sonorous pathway for decades. From Classical Music, Jazz to Progressive House; Flamenco guitar, Iranian Sitar to Violoncello and Bass guitar, their creative force appears limitless. Undeviatingly they follow their inner call, participating in numerous projects with international reputation, studying new instruments and evolving their skills. So it comes with no surprise, that they are nowadays considered as some of Spain’s most accomplished producers and musicians.

Evidently the love and gratitude for their homebase Tenerife is an omnipresent inspiration. The island’s mood, the fresh Atlantic breeze and the warmth of the sun, merge magically with their sensual grooves and atmospheres. Don’t be surprised, if you find yourself transfixed to the sound, unaware of anything else around you, staring into an invisible horizon. It’s okay, just keep on dreaming…

AND THANKS TO THE MUSICIANS: BENITO CABRERA (TIMPLE ON COAST LIGHT), GASPAR BERTOLUCCI (SAX) AND LUIS LOPEZ ( EL.GUITAR ON EVER TENDER) 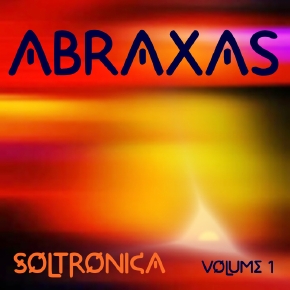