Taburet is a musician from a small Russian province. Since his childhood he has been linked closely to the beautiful nature that surrounded him, which is always reflected within his work.
His creativity got strongly influenced by groups like Baths, Amon Tobin and various acoustic projects.
At the age of 16 he autodidactically learned several musical instruments, without knowing the techniques of musical notation and music theory. Soon he started writing his own music and developed a sound which contains light piano melodies as well as various noises, voices of his daily life and surroundings, most often recorded on a dictaphone. These sounds are well complemented by original drums and percussions.
Music is his own private universe, the recurring theme through his everyday life, constantly triggered and inspired by his friends, the people around him, his feelings and thoughts – and nature.

The album “Lonely Night” reflects Taburet’s thoughts and feelings in solitary moments of his life. Longing, sadness, frustration motives, but still hoping for the best happy future. The whole album is pervaded with an atmosphere of sleep, dreams, the spirit of ancient ballads and romanticism. 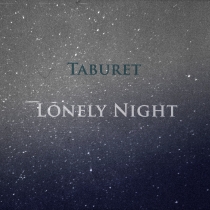