Openzone Bar is a Chillout music project of Romanian DJ and producer “Addex” – also known as prolific Deep House producer.
Influenced by artists like Enigma, Electribe 101, Blank & Jones, Lisa Shaw , Afterlife, Lemongrass, Moodorama, Ohm-G, to name a few, he has developed this Chillout project besides his main genre (Deep House), creating profound and stylish sounds at the same time.
The album “Lifestyle” was born after almost one year in the making and marks the 2nd work of Openzone Bar with a total of 15 tracks.
On this album Addex is expressing his soul and melodic vision, combining deep and lounge worlds in a very talented way. Considering the album title you can probably surmise the modern and appreciative feeling in this music. Laid-back beats and relaxed atmospheres form this remarkable album – a perfect soundtrack for the warm summer months.

Most of the tracks are penned by Addex himself but he also got some help from other musicians:
Accompanied by his mate, Ilias Katelanos they have produced a collaboration track called “On A Summer Drink” which represents nothing else but the chilling atmosphere in summer with a cold drink.
Another partner on “Lifestyle” is well known vocalist Lex Cameron, who has played alongside Chaka Khan, George Michael, Craig David, Anastacia. “Let it flow” is the track that they wrote together with an R&B feeling around it.
Furtherly Addex has made contact to Airily, a new talented vocalist from Tokyo, who started her music career in 2009 and has been releasing several works on Lemongrassmusic.

Cocktails, the ocean, summer and tranquility – what else would you like ? 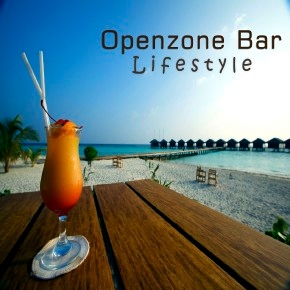