Don’t put them in a corner, never try to categorize them! You’ll lose, because what Northbound is all about, is simply great great music. Open your mind for a truly adventurous trip with one of Finland’s finest musical exports. Northbound used to call their music “downtempotriphopfunkjazzfolksoul”. That already says a lot, but with their brand-new EP “Driftwood”, they even break the chains of this little word game and expand to a brighter picture. Expect sumptuous, straight forward melodies and songs, which are bursting with energy.

Wikipedia says: “Driftwood is wood that has been washed onto a shore or beach of a sea, lake, or river by the action of winds, tides or waves.” In terms of Northbound, the word has a completely different meaning. As
the band’s mastermind Mikko Roisko explains, his new songs somehow came together like driftwood. Without having much of a plan or a goal, he just kept on writing and producing, which at the end turned out to be the right, inasmuch as liberating free-flowing process, to expand with Northbound’s musical expression.

As the most important side effect of this approach, fun was back in the studio. Encouraging Mikko Roisko, to joyfully sweeten his work with a few ingenious bits and pieces. Check out the almost Metallica-ish dual guitar lead on “Days blend”, as well as the fabulous guitar work on “Wasteland fair”, which is epically culminating towards the end. As on previous Northbound releases, Venla Saartamo (vocals) is on board again, turning “Making space” into a great pop song. Last on the playlist is “Driftwood”, which is far too good to be the closing track. Starting with an acoustic guitar motif, marrying a quirky mandolin line, slowly a whistled melody and a modulating synth is lifting us up to a heavenly feeling.

Two years after their Lemongrassmusic début called “Landscapes of nowhere”, Northbound delivers a more than worthy successor. After 24minutes of listening pleasure in enormous intensity, it is hard to get back to planet Earth. What a blast of music. 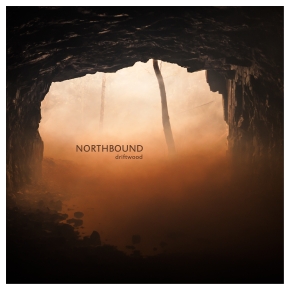