North Coast Vibes is a DJ/producer/musician collective based in Croatia.
Their vibes perfectly blend with the beautiful seaside of the Northern Adriatic coast where they get inspiration.

Coming from different musical backgrounds from classical to blues, electronic and soul to name a few,
North Coast Vibes is a relaxing journey where sweet instruments and vocals blend together
with electronica – in order to achieve full impact on the listeners.

During music creation, no instruments or vocals you hear are sampled,
they are all played live by the North Coast Vibes members in the studio.
Mostly, during long hot summer days and nights….

The making of the debut album “The Lion from Planet Rotar” started spontaneously as a series of jam sessions in Selecter from Venice’s (Davor Vucetic’s) studio with an amazing view of the Adriatic sea,
and voilá – a new movement was born: Adriatic Lounge. The movement grew up more and more, and very fine musicians started to join at some legendary invitation only “NCV jam sessions”.
Finally, more than fifteen musicians were involved in this project – from USA, Japan, Sweden, Italy and more.
The creation process of this album took about five years, or let’s say three great summers when all members met, played music and had fun.
Everything was mastered by Zorko Opacic at Zox Studios in Amsterdam (Holland).

The label Lemongrassmusic is happy to present this outstanding work in early 2015 and welcomes the NCV collective in the label family. 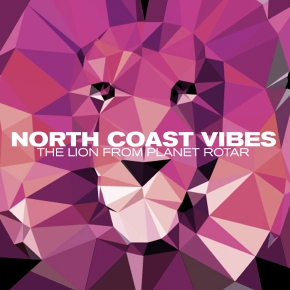