Glam Sam And His Combo › The Last Days Of Disco

Yes, springtime will be groovy time! Sweden’s Glam Sam and His Combo is getting ready to bring his new album to the world, less than a year after the release of the critically beloved debut album “Groovy!” last summer.

Be prepared for a happy and original mix of disco, house, funk and dance-floor jazz!

Now, Lemongrassmusic is proud to present an exclusive taster, the 3-track ep “The Last Days Of Disco”, starring not only Glam Sam and His Combo but also Swedish pop man Biker Boy, singing in his unique and very cool style.

This wonderfully catchy disco tune is both intense and smooth, with strings from heaven, a driving disco guitar backed by a pumping bass, and with a drummer boy that must be dreaming about the good old days at Studio 54.

The singer is telling a story about a disco dancing experience gone wrong – but maybe story has a happy ending. The lyrics pay attention to great creators like The Trammps and Giorgio Moroder, and the message is clear: “May the disco days with the hustle and the bump come back!”

Yes, disco was too great and too much fun to be gone forever! So stay cool, dig this new gem from Mr Glam Sam!

The tune comes in three versions: the original radio version, a wonderful “First Kiss Remix” by Lemongrass plus an extended dance floor mix.

The new longplayer album “The Paradise Groove” will be released on CD and for digital download on June 11th 2010 !! 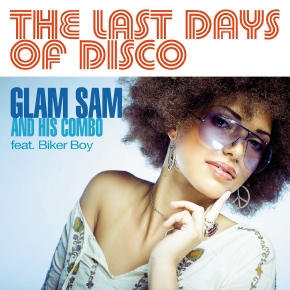