The spirit of travelling gleams through the euphony of Eskadet’s new album “Eternelle”. Inspired by travels, that producer Stéphane Klepper has done, to places where he has spent good times. Unforgettable moments of recent and far experiences, that formed to an imaginary musical journey. In his own words: “I wanted to produce tracks, inviting the listener to travel inside his mind, like if he was reading a book, but with more freedom, among his desires, loves, hopes.”

Driven by an evenly fluent undercurrent of modern electronic pulses, Eskadet’s trademark of an outstanding, sovereign production with a crisp sound clarity, is the album’s guideline. The sound shifts from airy, partly hypnotic Downtempo electronics, to atmospheric Deep House grooves with a positive vibe. Those textures are subtly woven together, with apparent lightness and casualness in atmospheric transcendence. Stéphane Klepper understands his work as a continuous challenge, reflecting and progressing, as a synonym for the eternal (“Eternelle”) flow of life.

In the first place, the word “Éternelle” got chosen to be the title for one of the leading tracks on Eskadet’s third album release on Lemongrassmusic. Following his inspirational thought to have a melodious language in addition to his production, Stéphane Klepper enlisted the vocal talents of Russian artist and friend Natalia Anchel Babanova, who added a mystical sweetness to the Eskadet soundscape.

Sometimes complex sounds and effects got used, trying to draw complex ambiences, which are enfolding the effect of inner peace and calmness. The sheer amount of sensory impressions lifts you into a dreamlike, reflective state. Doubtless, Eskadet’s “Éternelle” is a remarkable insight into contemporary Electronic Lounge & Ambient Music. 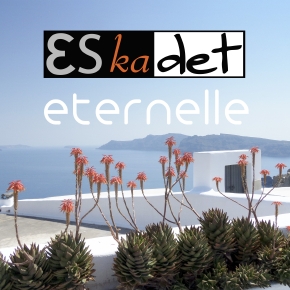