Dub Mars is a studio project by German producer Mario Christofferson which is dedicated to the world of chillout and relax music.
On a constantly high quality level Dub Mars has released 3 longplayer albums on the label Lemongrassmusic during the last 4 years. Now he comes up with his 4th album „Take A Trip Down Memory Lane“ – with 11 vocal tracks and 1 instrumental track a really song-oriented album again.
Although always true to the Downtempo genre Dub Mars has once again found an elegant way to make his tracks danceable and groovy.

Along with the well known Dub Mars music features Christofferson has added some cool Indian instruments on some tracks giving the whole album a special feel of extravaganca and uniqueness.
All tracks were written and produced by Dub Mars. The lyrics on this album show kind of a retrospective to his earlier life. From a present point of view he looks back and says: „Everything Done Right“ ! No regrets, no grief…. just learning from the past, growing and becoming a wiser and more mature person now and in the future.
Following this open and easy attitude the listener will like the songs and find a good company in them.

Those who are acquainted with Dub Mars probably know that Mario Christofferson has been participating in lots of other music projects: Puch, Takt 3, $uperchorme, Breakfast Brothers, Julienne – just to name a few. Lots of creativity coming from his studio near the city of Bielefeld in Northwest Germany ! 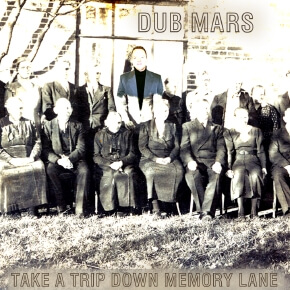